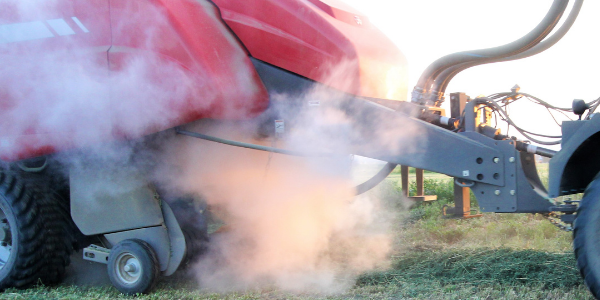 A Common Question Among Customers and Prospective Buyers

One of the questions we hear all the time is, “Why don’t you steam the hay out in front of the baler? Won’t I lose leaves at the pickup?”  It’s a very valid question because naturally, one would think that the hay needs a little time to absorb the steam and soften up before the baler picks it up.  In this blog, we will cover everything you need to know as to why the steam is injected right at the baler pickup and in the feed chamber, instead of out in front of the baler. We will also talk a little about the characteristics of steam and the results of baling with steam. To start, let’s talk about the history of the DewPoint Hay Steamer.

As mentioned in the accompanying video, Dave Staheli, inventor of the DewPoint Hay Steamer, had a grand conception when he first started developing the steamer of steaming the hay out in front of the baler.  At the time, he was managing Brent Hunter Farms where they produced 3-string bales with a New Holland side pickup baler. His idea was to use an attachment that would fold down in front of the baler. It had walking spikes that would walk down through the hay and the steam the hay in the windrow in front of the baler.  Although the steam went into the hay very nicely, as soon as the baler picked it up, the moisture came right back out of it. 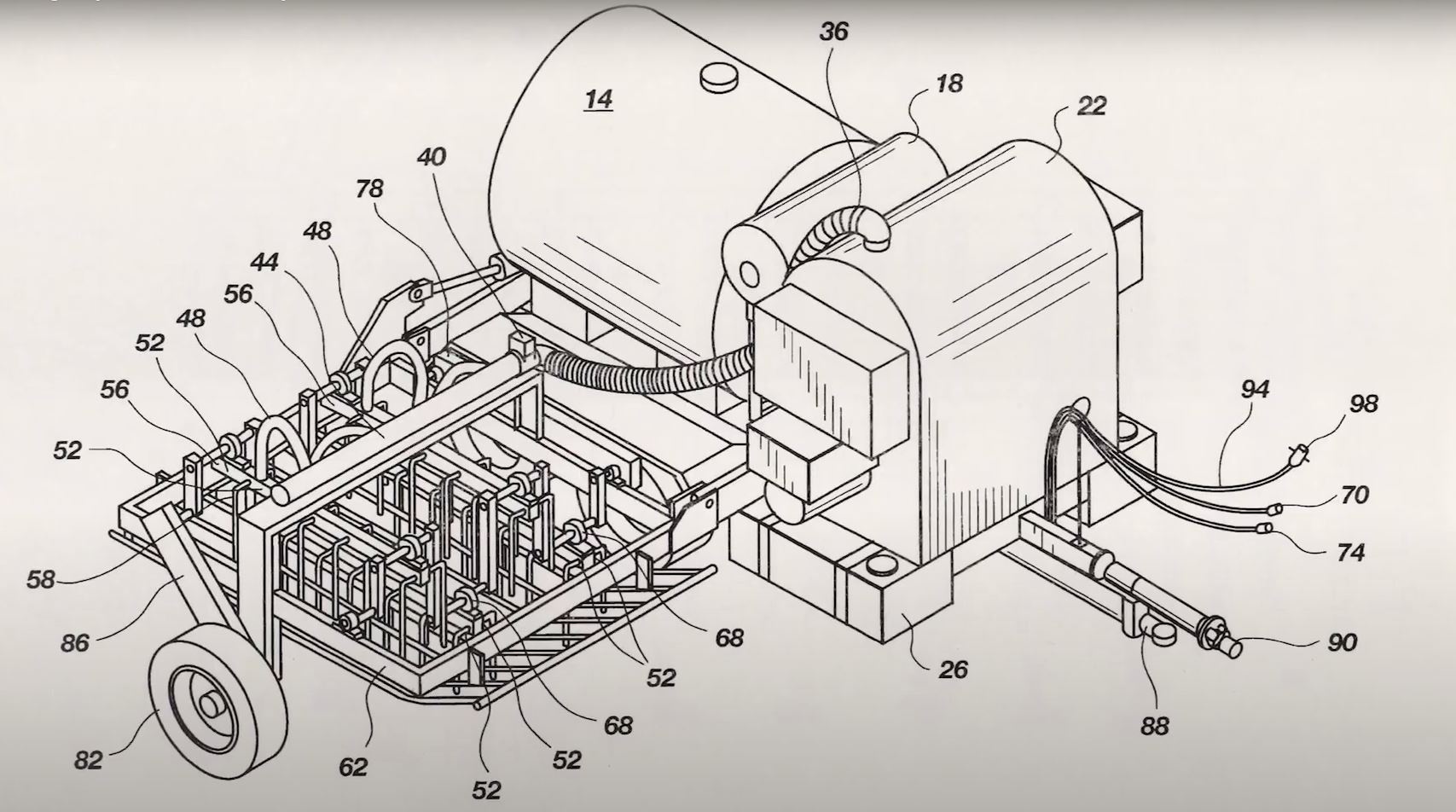 From Inspiration to Desperation

Obviously, it was devastating for Dave, but all was not lost. Inspiration had gotten Dave to this point, but the desperation of the situation called for Brent Hunter, Dave’s boss and owner of the farm, to make a key suggestion that made all the difference.  Brent knew the steam was dissipating before it got to the baler. Therefore, he knew that they needed to shoot the steam on the hay at the very moment it was going into the baler. They soon discovered that making that change made it so the hay was soft and pliable as it entered the baler as if it had dew on it.  Dave states, “That was really the key, that we were able to crack this thing with was putting the steam right in the baler instead of in the windrow ahead of the baler.”

Won’t I Lose Leaves at the Pickup?

Now that we have talked about the history of why the steam goes where it goes, let’s talk about the next common question that often accompanies the first. Won’t I lose leaves at the pickup if the hay isn’t steamed ahead of the baler?  This is a valid question, and the answer no.  Steam enters the dry crop so quickly that it softens the hay immediately upon contact.  One thing we learned early on is that the steam also exits the dry crop quickly as well. So, we have to steam it right at the pickup and throughout the feed chamber until the flake is made.  Our steam injection manifolds allow us to do this.

Just as important as the steamer itself is the steam injection manifold designs that users of the DewPoint system install on their preferred baler.  Staheli West produces baler hardware for all major makes and models of balers. Typically, there are 4 different manifolds that get installed on each baler.  2 front steam manifolds steam the hay as it is picked up by the baler, and 2 rear manifolds steam the hay in the feed and packer chamber.  Through years of firsthand experience, this is the most proven configuration to maximize leaf retention in the bale. 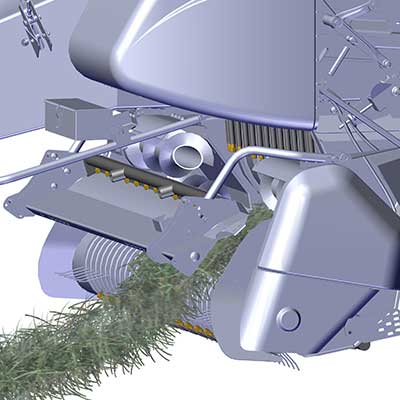 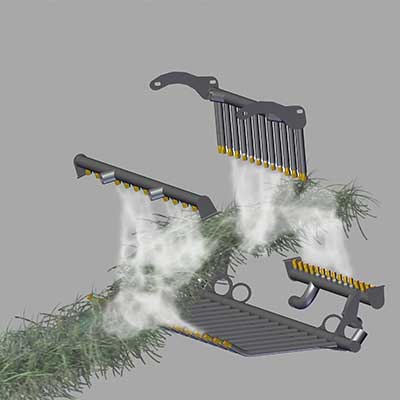 In 1998, Researchers at the University of Wisconsin conducted field experiments on the effects of steam on hay during the baling process. Two experimental conditions were evaluated in all tests. Baling at night when dew re-hydration was apparent (natural dew) and baling in the day with steam rehydration when the hay was less than 12% moisture. Both balers (Hesston model 4900) were equipped with a plastic-covered frame that extended from the rear of the pick-up to just beyond the end of the bale chute so that material falling from the pre-compression chamber, bale chamber, and bale chute was collected. The baler was then stopped and the loss material on the frame was collected and placed in a plastic bag. Baling then proceeded until the full number of replicated bales were formed for the experimental condition.

The results of their tests were astonishing. Click HERE to download the full study and read what the professionals had to say about baling with steam.

I hope we were able to answer any questions you may have had about why the steam is injected where it is. If you are interested in learning more about why steam is so effective at softening the hay during baling, please check out this previously written blog.