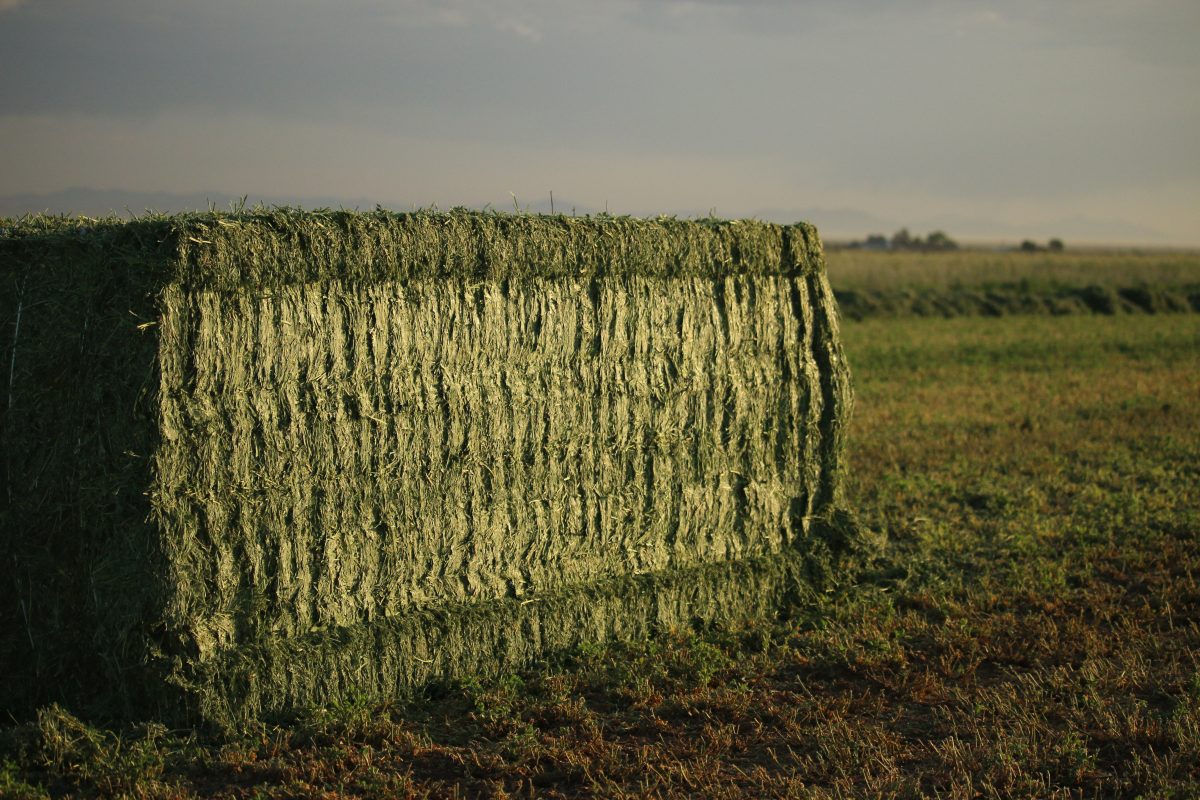 Ben Roberts of Roberts Legacy Farm states that their bale weights increased by around 120 lbs per bale after purchasing the steamer. They are currently running 2 John Deere L341 3×4 balers. That’s a weight increase of around 7-10%.  Ben concluded, “When you go through and you put 10,000 bales on a baler, and you do that at 120 lbs each, that starts to add up in terms of what you’re making in farming.”

So, what caused this bale weight increase? Many critics of the steamer would suggest that the bale weight increase is due to water added through steam. However, thousands of customers around the globe know it’s not just water weight. In this blog, we will discuss what almost every single DewPoint steamer customer can attest to – Increased bale weight.

Is it Water or Leaves

Many critics of the steamer say that increased bales weights must be from the added water produced by the steam.  However, here are a few facts to consider when baling hay with the Steamer.

So, now that we have looked at a few of the facts and characteristics of steam, what could you expect to see on your farm by implementing a steamer?

What to Expect on Your Farm

When looking at how the machine pays for itself, we usually use conservative numbers when calculating the added value from increased leaf retention.  We typically see bale weight increases anywhere from 5-10% with a very conservative number being around 7%.  We feel very confident that operations can experience a weight increase of 7% by adding the steamer.  In alfalfa, that is largely due to reducing leaf loss that would have occurred by baling in dry or poor conditions.

In other crops like grasses, three-way, or oats, the steamer can increase bale weights as well and make a more dense and compact bale with better flake formation. In crops like these, it’s not so much the leaf retention that increases the weight, it’s the fact that the steam is softening the crop enough to allow the baler to smash the stems and pack more hay into each flake.

If you are interested in how increased bale weight could affect your farm’s bottom line<, check out our value spreadsheet ROI tool by clicking HERE.

Increased bale weight generated by the steamer is so much more than just water. It’s a better quality, denser, and in alfalfa, a much leafier and palatable product.  We hope you find this blog helpful. Stay tuned for our next blog article and related video.