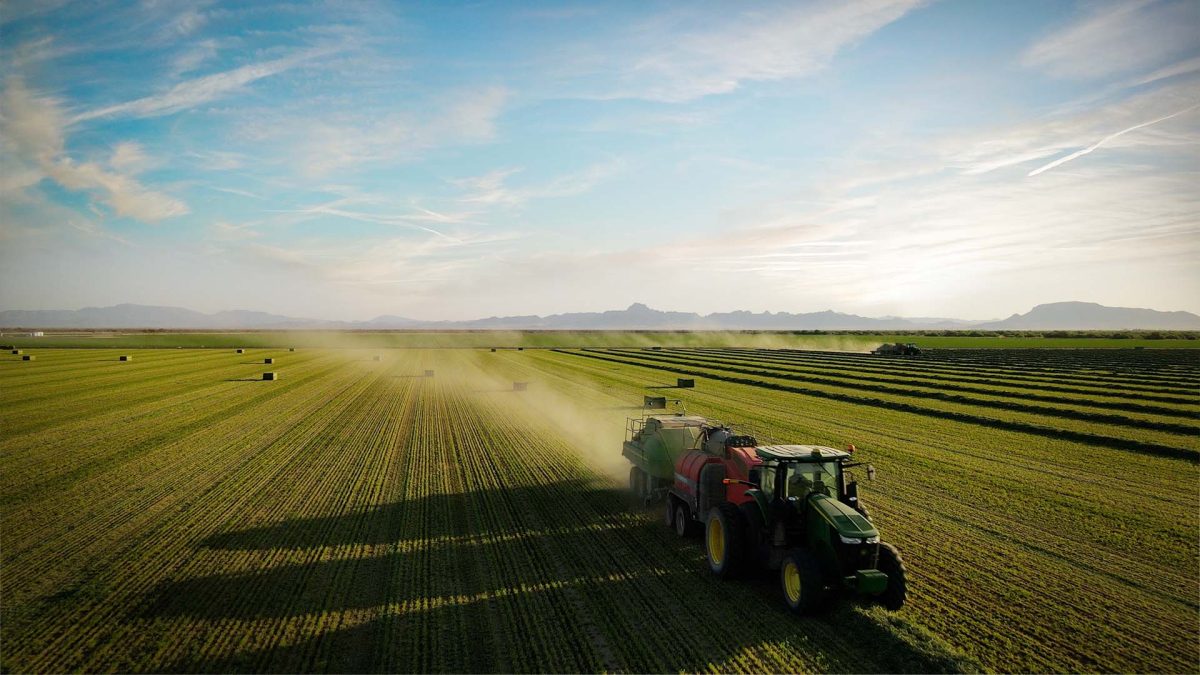 Bill Perry from Tonopah, Arizona is a fifth-generation farmer making hay in the desert. He and his dad farm 9,000 acres total and around 6,500 acres of alfalfa hay. They first purchased the steamers three years ago.

Bill was always intrigued by the DewPoint steamer and the fact that you can make your own “dew.” Bill states, “You need to buy a steamer if you’re in the hay business.” 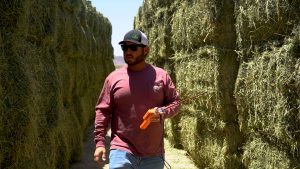 One of Bill’s biggest challenges is finding skilled labor. Not only is it hard to find labor, but the cost of labor has also increased. For Bill, labor costs are his 2nd largest cost behind water. This has led Bill to find ways to cut labor costs while still maintaining efficiency.

Before Bill purchased his 2 steamers, they were running 4 balers. Bill was able to trade 2 balers in and purchase 2 steamers and cut his baling crew in half while still covering the same amount of acres.

Not only was Bill able to cut his labor force in half, but the DewPoint machines also made each employee more efficient. They spend way more time being productive now than they did when they relied on natural dew to bale hay. Far less time is spent waiting on the dew and checking moisture each night. Now, his guys can get out there, service the steamers and balers, and get to work. His guys have a much more consistent work schedule which also improves their lives. Bill is happy and his guys are too!

After it was all said and done, Bill estimates that he has cut labor costs on his baling crew by 60-65%. 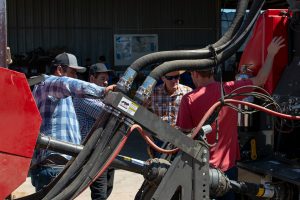 Bill Perry’s farm is located in a very arid area. Their spring cuttings are their dairy cuttings and quality is their top priority. When they were baling conventionally, they would battle the wind and sometimes wouldn’t get any dew at all. With the steamers, the Perrys have been able to produce high-quality dairy hay, and have even extended their dairy quality hay season. Not only that, but the relative feed value tests during the heart of their season have also improved dramatically. Bill states, “We have the highest testing hay we’ve ever had… Every bale of hay looks like it was baled perfectly.” 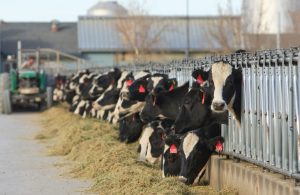 Bill states, “The hay that comes out of a steamer is no different than the hay that is baled with perfect dew.” Before the DewPoint steamers, Bill struggled with inconsistent stacks. In the same field on the same day, there would be 4 different kinds of hay. That has all changed with the steamers.

Now, when Bill probes the hay in the stack, it will all read the same and look the same. When the buyers come and look at the hay, they know the entire stack is the same. 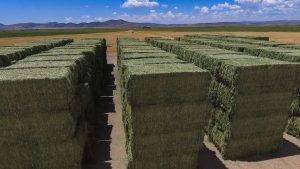 Another benefit William K. Perry Farms is seeing is a significant weight increase on each bale. In the video, Bill states, “We’ve gained just on bale weight alone 5-10% across the farm.” On 6,500 acres of alfalfa, that added weight increase becomes quite a big deal. The added weight increase is due to increased leaf retention in each flake of hay. Instead of putting up 1,200 – 1,300 lbs bales, Bill is now consistently making 1,400 – 1,600 lbs bales. 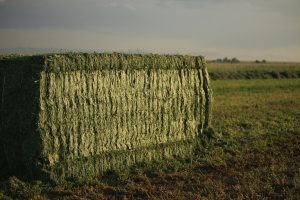 Learning How to Operate

One of Bill’s biggest worries about buying the steamer was teaching his guys how to use them. However, Bill’s employees were able to understand it, take everything in, and “within 3 days they were making perfect hay every day.”

Bill says, “If I would have known how easy it was, I would have done it sooner because that was my biggest hesitation.”

The DewPoint machines are big investments, but Bill thinks the steamers paid for themselves in less than 1 year. He attributes the fast ROI to his labor savings, increase in yield, and increased hay quality. 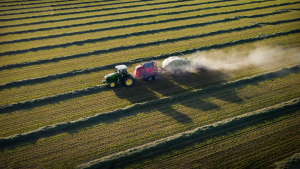 The Steamers Allow you to Catch Up

Breakdowns are inevitable in farming, and a broken-down baler can be costly when you have hay on the ground. Especially if you are restricted by mother nature on when you can bale. When Bill first got the steamers, one of the balers broke down. He explains in the video, “with the 1 baler and 1 steamer, we ran 2 shifts day and night, and we were able to make perfect hay all day long… [With the steamer] you can actually catch up.” 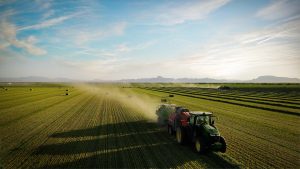 Bill says, “[The Steamer] has done everything they said it would do and more… I have never been more impressed with a piece of equipment in my life as I am with the Staheli West steamer.” 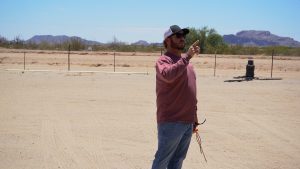