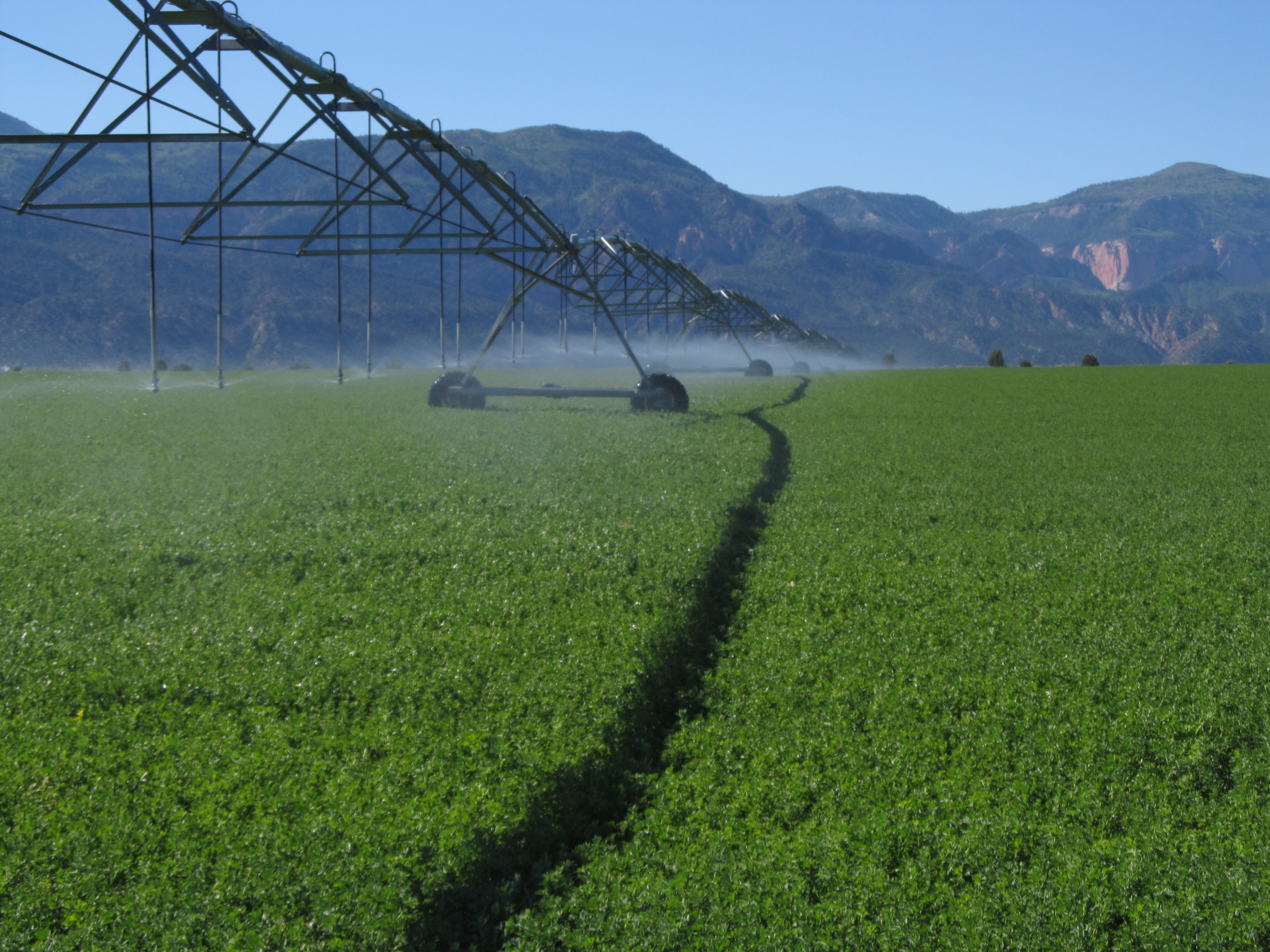 Not only is the steamer a game changer when it comes to baling hay, but it can also change the way that you perform other important functions in your haying operation.  Once you implement a DewPoint into your operation, it changes much more than just baling.  Every operation is different, and every climate is different as well, but as a general principle, the steamer can change the way you irrigate your hay.  This blog discusses what we feel are the best irrigation practices for an operation using DewPoint steam technology.

Consider Turning Water Off Sooner Before You Start Your Harvest

In arid climates, farmers often struggle to get enough natural dew to make quality hay.  Even when irrigating, many hay producers using conventional balers leave their irrigation water on very close to the time they cut their hay to draw some ground moisture into windrows of hay for baling after it is cured. However, this practice can cause more machine tracking and crop damage when cutting, raking, baling and hauling hay. It also slows the hay curing process, causes inconsistencies in dry-down, and increases bleaching and the possibility of wet slugs in windrows of hay.

Since the DewPoint steamer allows you to re-hydrate very dry hay for baling with no problem, we recommend shutting off your irrigation water several days ahead of your hay harvest to allow the ground to dry more thoroughly before cutting. This will reduce hay curing time, reduce tracking during harvest operations, improve dry-down consistency and decrease bleaching.

Consider the Rotation of Pivot Irrigation Systems Prior to Harvest

Another practice that you should consider is how you schedule the final rotation of your pivot systems prior to your hay harvest.  Since Natural Dew tends to form more heavily in low areas of a field it is a good practice to water the low side of the field first and the high side last during the final rotation before your hay harvest. This will make your dry-down more consistent across the entire field. In the video, Dave actually notices that the pivot last watered the low side of the half-pivot.  He suggests that the farm really should have watered the lower side first and had the pivot end its watering rotation on the high side of the field.

When considering the DewPoint steamer for your operation, it’s important to update your crop management practices to increase the overall efficiency of your operation.  Baling is no longer the bottleneck since you are generally able to bale 12-24 hours per day if needed.  Irrigation, cutting, and raking becomes so much easier to schedule, knowing that you will be able to put it up with steam.