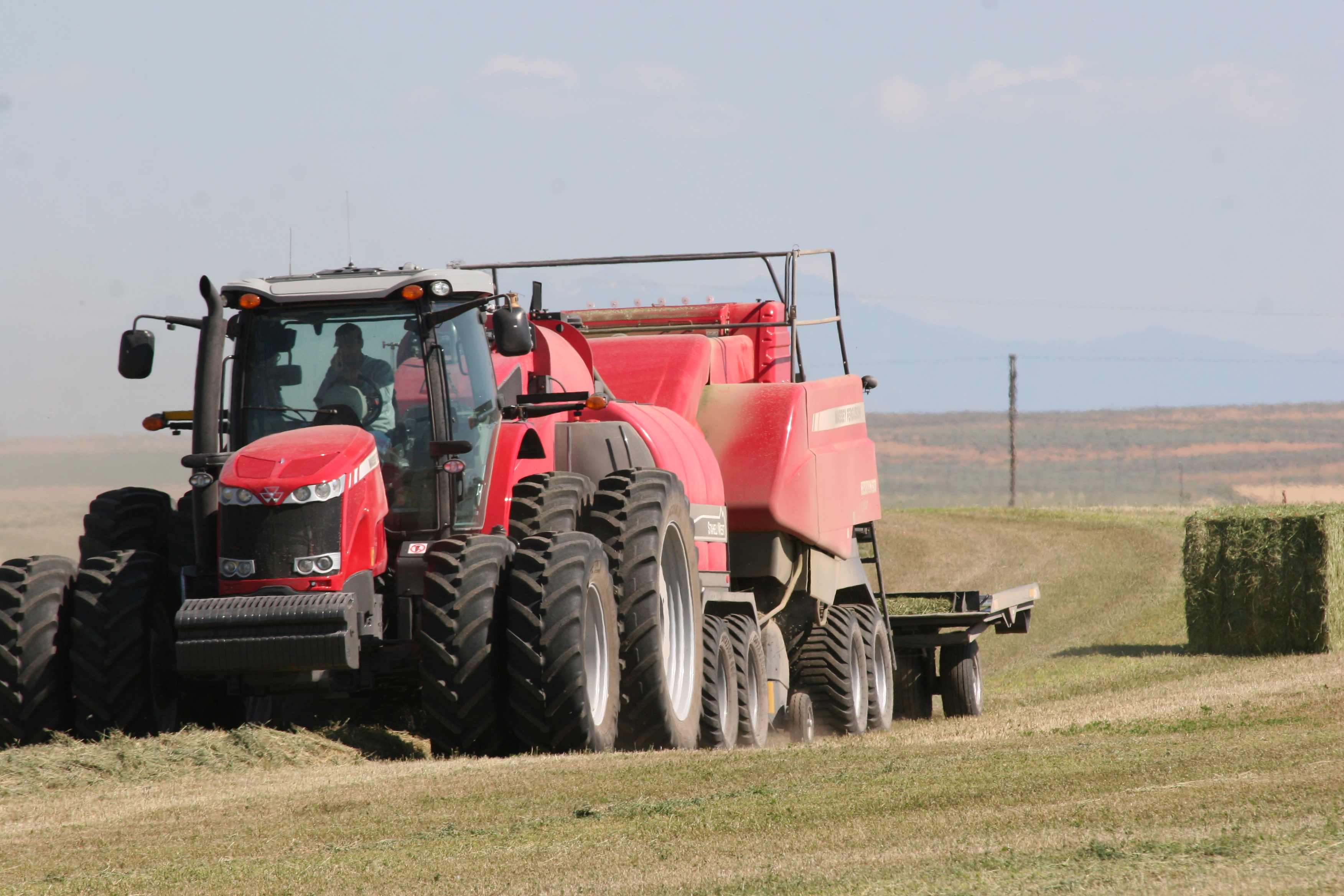 The DewPoint Steamer is a Significant Investment

Implementing the DewPoint Hay Steamer into an operation is a significant investment, and we know that things on the farm are sometimes tight.  It’s hard to know how things are going to pay for themselves.  Through years of personal experience on the farm, and years of customer feedback, we can show how these machines will pay for themselves. Dave Condie, a steamer owner in Utah, states: “In every piece of farm equipment that you buy you look at ‘how fast am I going to pay this off?’ This piece of equipment pays off faster than anything I’ve ever bought before.” In this blog, we will cover all of the different ways the steamer pays for itself, and we will do this by using real-life customer stories and videos.  As an overview, here are some of the ways that the steamer can pay for itself:

Now let’s look at each of these individually.

The Brackens in Enterprise, Utah purchased two DewPoint steamers after they witnessed Staheli West’s 72 Hour Challenge (Click HERE to see 72 Hour Challenge Video).  Since Purchasing the steamers, they are not only receiving $5-$10 more per ton of hay, but they are also experiencing a bale weight increase of 150-200 lbs per bale.  Brandon Yardley, a steamer owner in Milford, Utah, explains, “I calculated everything…If everything was as bone dry like it was on first crop. It was around 15,000 bales, just on bale weight alone, to justify the steamer cost. I think you could pay it back in a year.” (For Brandon’s full video interview click HERE). Many other customers say that their bale counts remain the same, but the bales are heavier due to increased leaf retention.

For many of our customers, the steamer pays for itself by assisting in shortening the crop cycle (Days it takes to cut, rake, bale, and haul the hay).  Being able to cut larger amounts of acreage, knowing that you will be able to bale it, allows farmers to get the hay up and the water back on their fields sooner.  Growing days are so valuable in alfalfa production, especially during the warmer months.  Growing days during the summer, when it’s warm, will pay off in last cutting yields.  Ryan Schwebach, a steamer owner in New Mexico, states, “We started cutting along with everyone else in the valley. We finished baling 2 weeks [before] everybody else. And so our 2nd cutting was baled and in the barn before guys even started cutting their 2nd cutting. Then 3rd cutting we gained a week. Then 4th cutting we gained a week. And then 5th cutting came around and people said ‘5th cutting… you’re lying to us’ [and I said] just come look at the books.” (For Ryan’s full video interview click HERE). For these customers and many more, increasing the last cutting yields can pay for the steamer very quickly.

Baling hay can be very difficult, frustrating, and stressful.  Having hay on the ground and waiting for natural dew is often unproductive.  Besides that, sleeping in a truck is not a very comfortable place to sleep.  The steamer gives farmers the flexibility to bale hay whenever the hay is dry enough.  Many of our customers still prefer to bale at night, but many bale in the day. Either way, as long as the hay is dry enough, you can count on a good day’s worth of baling.  Many of our customers are able to cut down their baler fleet because they are now able to bale more hay each day with less equipment.  Jungo Ranches, in Orovada, Nevada, states, “Last year we ran 4 balers, 4 tractors, and this year we’re running 2 balers with the steamers and we have a third brand new baler sitting in the building all summer… We don’t need it. We’re able to bale more with 2 machines than we could with 4.” (Click HERE for Jungo Ranch’s full video interview).

Another way the DewPoint machine pays its way is by increasing the quality and consistency of the hay being produced. The Brackens in Enterprise, Utah are receiving $5-$10 more per ton for their steamed alfalfa hay, and their hay is consistent from start to finish.  James Sloan, a DewPoint owner in New Mexico, says, “When you looked at two or three loads of hay. The first part of every load was always too dry, and the last part was too wet, and the middle was just about right. I think we took all that out, and now our hay is as consistent as we could ask for.” (for James’ full video interview click HERE). Being able to control the level of moisture applied to the hay gives our customers the ability to create high quality and consistent hay.

We know that the DewPoint steamer is a large and for some a scary investment.  Many of our most dedicated customers were very apprehensive at first, but are now lifelong customers and friends of Staheli West.  Instead of selling the DewPoint machine to potential customers, we like to educate customers on the benefits that the steamer can bring to their operation.  We have financial analysis tools that help us give farmers an idea of how fast the steamer will pay for itself in their operation.  If you interested in the steamer and want to know what to expect in your operation, please give us a call and we will walk you through our value assessment.