In our last blog post (click HERE to read) we talked about baling with steam in very dry conditions.  This blog covers how to effectively use steam in high humidity conditions where climatic or weather conditions do not allow the hay to become fully dry and cured.

Steam is most effective at softening the crop material when the hay is allowed to fully cure and dry before baling, but even in the driest, most arid parts of the world, most farmers still experience periods of time where achieving complete dry-down of the hay prior to baling is nearly impossible. E.g., In Utah, we experience monsoon seasons in the late summer which make it hard to get fully cured hay. Some parts of the world find it difficult to ever get fully cured hay.  In situations like this, where you may even be forced to bale with stem moisture, steam is still an effective way to retain leaves during the baling process.

In high humidity conditions when you are unable to cure the hay completely and stem moisture is present, the use of a hay preservative along with steam treatment to maintain leaves can be effective. Hay producers know that during these conditions the leaves are often still dry and brittle, while the stems still contain moisture.  Steam can be applied at moderate rates to soften and preserve the leaves while hay Preservative can also be added at appropriate rates to meet the requirements of overall moisture level of the hay being baled.

When baling in these high-humidity conditions it is advisable to bale during the daytime hours when the hay is as dry as possible.

The use of the Gazeeka Moisture Gauge is very helpful to ensure your bales are within a tolerable moisture range. The Gazeeka moisture sensor is a non-contact microwave sensor that transmits high frequency electromagnetic waves between two antennae.  The two antennae are mounted on the baler so as to analyse the hay bale as it exits the baler.  These moisture readings are then transmitted to a monitor in the tractor cab.  It’s important that you monitor bale moisture and apply the appropriate amount of recommended preservative. For more information on judging bale moisture with the Gazeeka check out a previous blog by clicking HERE.

We do not recommend baling with “Stem Moisture” with or without steam unless:

In high-humidity climates many farmers first start to bale in the late morning hours as the dew begins to burn off of the hay, which provides for a small baling window before the hay becomes too dry. Then, as the dew sets back in during the evening hours, farmers again will have a short baling window before the hay becomes too wet to bale.  These conditions make it difficult to not only produce consistent and quality hay but also to be productive with labor and equipment.

With the DewPoint hay steamer, farmers can typically bale during those hours of the day when the hay would otherwise be too dry to bale, which increases baling windows, allowing operators to be more productive.  Many steamer owners are able to reduce tractor and baler fleets because of increased baling windows.  This not only saves you money on capital and maintenance expenditures, but it also allows you to bale consistent and quality hay during those hours of the day when you would normally be shut down. 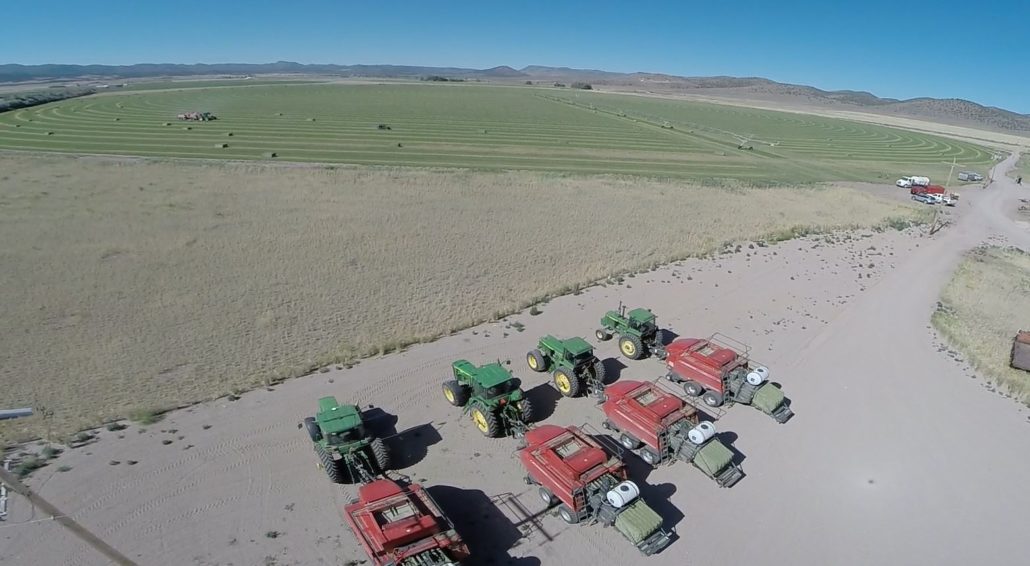