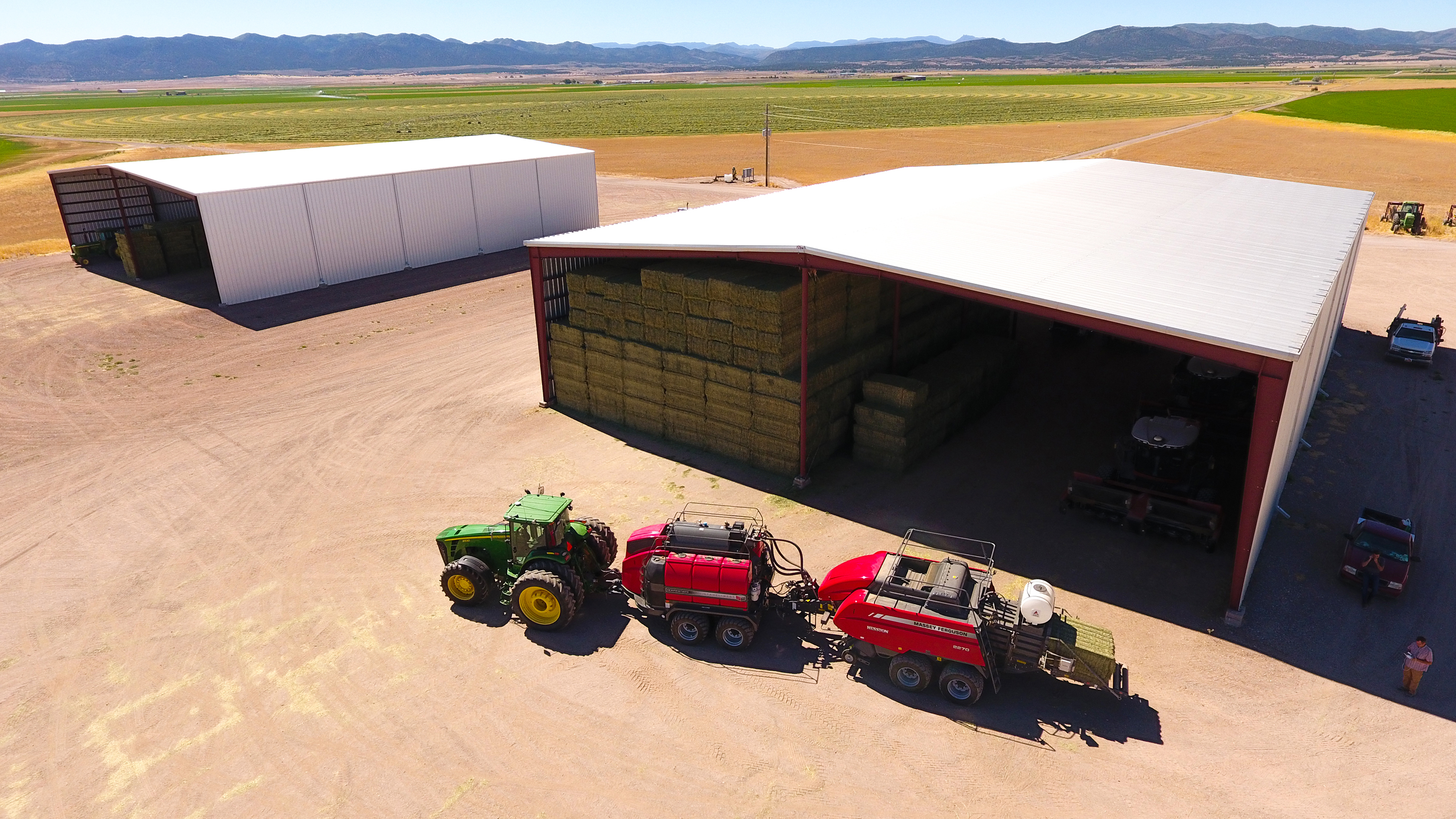 A Farm’s Struggle to Get Dew

Many hay farmers don’t truly understand the challenges that farmers face in the Western U.S. and in other arid climates, because in so many other parts of the world, people have the opposite problem.  They get to much dew and have a hard time getting the hay dry enough to bale quality hay.  However, like the Bracken’s, farmers in drier climates around the world are struggling to get enough dew to bale quality hay.  Baling hay too dry means losing more leaves and shattering the crop during baling, so it’s critical to have just the right amount of moisture on the hay.  The problem is, mother nature is inconsistent and often doesn’t provide any moisture at all.

The Bracken’s deal with a variety of climatic conditions.  In June it is often hot, windy, and dry with temperatures of around 95-100 deg. F.  In July-September they experience more of a monsoonal flow where it’s a little more humid but still very hot.  Because of their climate, they had to get creative about how they made hay.  They would have to bale the hay while it still had a little bit of stem moisture, because if they waited for the hay to completely cure, it was disaster.  Of course, at the time they were running small balers, which can leach out moisture better than large bales.  Once they moved to large balers, the risk of fire was to great to bale with stem moisture.  Once again, they had to get creative.

The Bracken’s were having such a hard time getting dew that Howard had to take things into his own hands.  They purchased two water trucks and started spraying water on the hay prior to baling.  Howard is the first to admit that it wasn’t perfect, but it was all that they had to work with.  This required two extra operators and more equipment, but it was better than the alternative of bone dry hay that would surely shatter during the baling process. 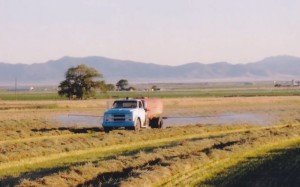 For years the Bracken’s continued to spray the hay with water prior to baling.  They had started a trend in the valley, because other farmers soon followed and were spraying water on their hay as well.  It was the summer of 2013 that farming in Enterprise would forever be changed.

Dave Staheli, owner of Staheli West, grew up in Enterprise, Utah and knew the potential that enterprise could be for the DewPoint hay steamer.  Knowing many of the local farmer’s, Dave along with his crew set-up what would be called the Staheli West 72-hour challenge.  Click here to watch the 72-hour challenge.  The task of the challenge was to bale quality hay for 72-hours straight with one tractor, one baler, and one DewPoint steamer with a goal of 4,500 bales.  Many were skeptical of the idea and didn’t think that it could be accomplished, but Staheli West not only exceeded their goal of 4,500 bales, but they exceeded everyone’s expectations as well.  Howard Bracken states, “That was the tipping point that probably changed our minds more than anything about the steamer.” Kirby Bracken explains, “They were baling dairy-quality hay in the middle of the day.”

Now, Staheli West not only enjoys their relationship with the Bracken’s but many of the other farmers in the Enterprise valley who have now adopted the DewPoint technology.