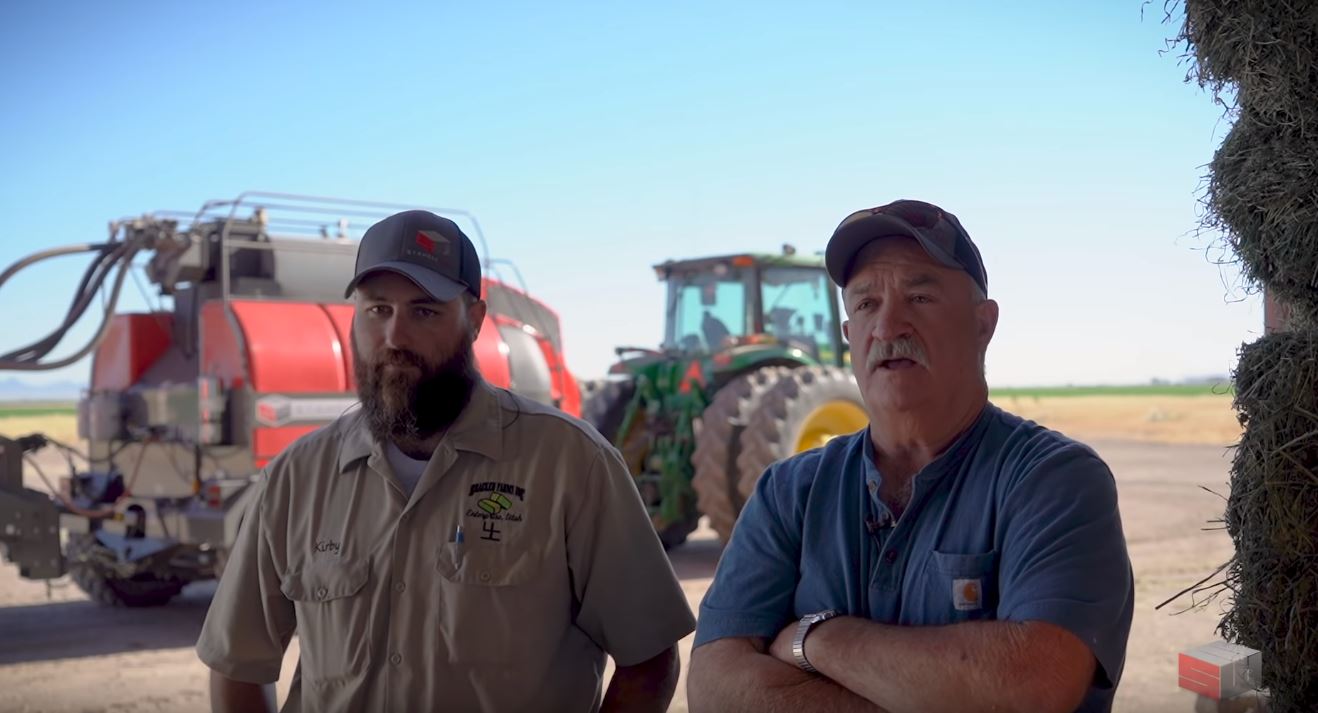 The Bracken’s Tried Everything

Before Howard Bracken and his son Kirby discovered the advantages of the DewPoint steamer, they tried everything to make quality hay.  Like many others in the Western U.S., they had struggled for decades to get good natural dew to bale hay.

They started their operation with small-square balers where they would bale the hay before it was completely cured.  With small bales, baling with stem moisture wasn’t too big of a risk, but once they moved to large balers, they knew they couldn’t push their luck with stem moisture any longer because the risk of fire was too great.

The Bracken’s were having such a hard time getting dew that Howard decided to take things into his own hands.  They purchased two water trucks and started spraying water on the hay prior to baling.  Howard is the first to admit that it wasn’t perfect, but it was all that they had to work with.  This required two extra operators and more equipment, but it was better than the alternative of bone dry hay that would surely shatter during the baling process.

What Benefits Are They Seeing with The DewPoint Hay Steamer

After seeing the machine work during Staheli West’s 72-hour challenge, they knew that they had found the solution to an age-old problem.  The Bracken’s sold two of their recently purchased balers and their water trucks and bought two brand new DewPoint machines. Howard and Kirby explain what advantages they are seeing now:

The steamer is a significant investment, but farmers like the Bracken’s are seeing these benefits and more.  The Bracken’s are confident that their steamers will last for years, due to the longevity of the machine.

Click HERE to read and watch Part 1 of “A Bracken Farms Story”.