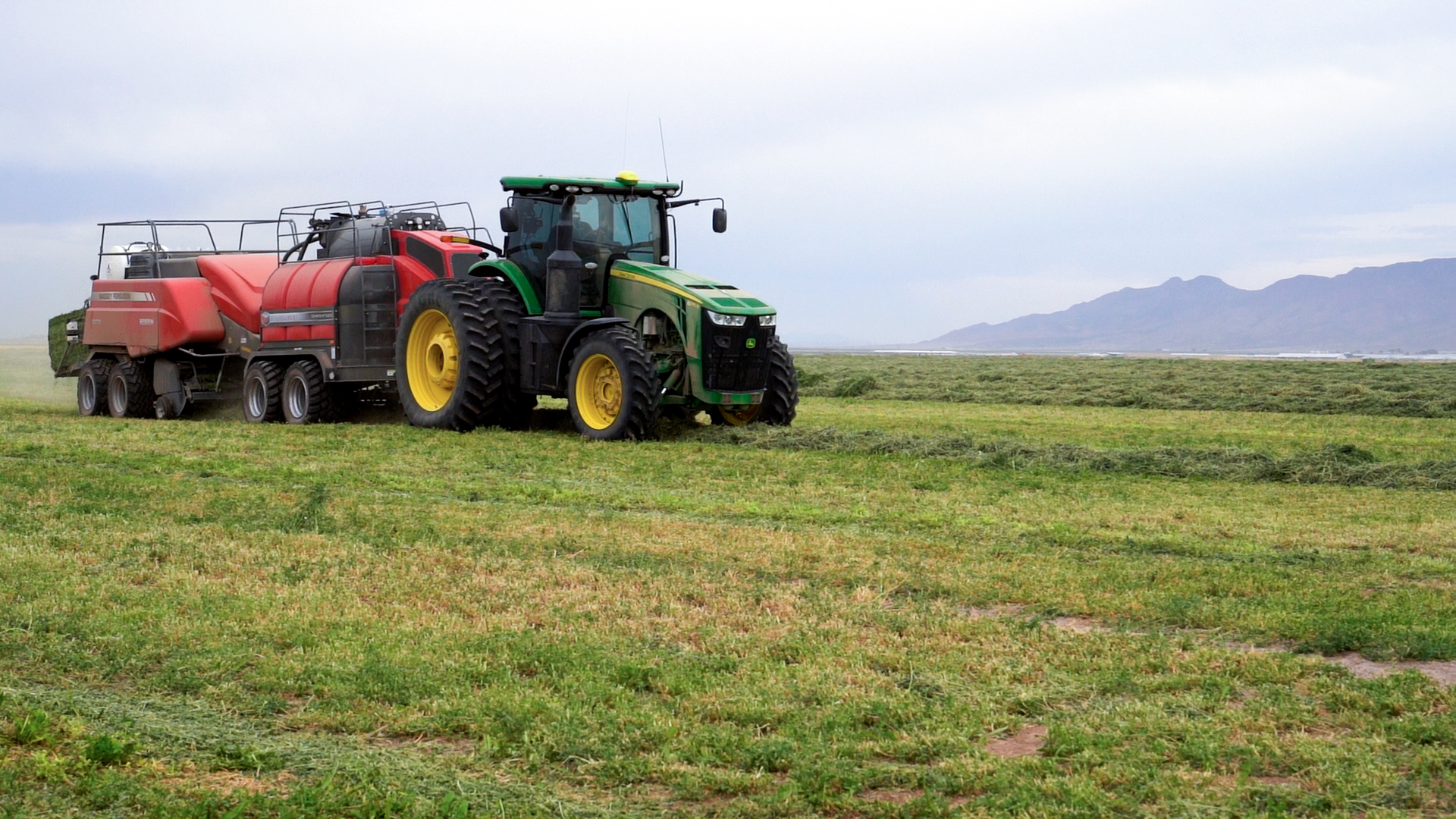 Check the Windrow Before Baling

When you first arrive at the field to bale, you should understand the moisture characteristics of the windrow.  If your hay is fully cured and has some natural dew, be sure to understand where the dew in the windrow is, or if you are baling with stem moisture, make sure you understand that as well. 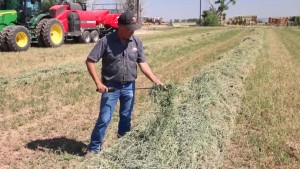 Other Techniques for Checking Hay

Besides using a moisture probe, there are other techniques that you can use to determine if your hay is fully cured, or if there is stem moisture present.  One method is the twisting method. You take a handful of dry hay from the windrow and give it a strong twist.  If it breaks easily within the first 1-2 twists, it is likely that the hay is fully cured.  Stems that are fully dry should break apart easily when you twist the hay.

Baling with steam is much more effective when the hay is fulled cured.  Fully cured hay allows hay to absorb the steam and become soft and pliable.  We don’t recommend baling with stem moisture when using steam. 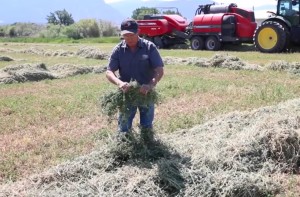 DewPoint 6210 Startup in the Field

Once you determine that your hay is fully cured, and you know the condition of the hay in the windrow, it’s time to jump in the cab and start baling.   In the video, we have determined that the hay is pretty dry, but the bottom of the windrow still has dew in it, so Dave adds more steam to the top of the windrow.  We like to start with the steam rate a little low until we run a few bales through the baler.  This allows the Gazeeka moisture sensor, which is mounted on the back of the baler, to pick up a moisture reading across the entire width of the bale.  Once you receive the moisture readings from the Gazeeka, you will know exactly how much steam to add to the hay.  In the video, we start our master steam rate at 60%, and we will slowly increase that until we receive moisture readings between 12-15%. 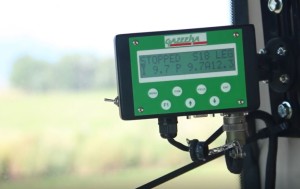 Now that we’ve discussed what to do when you first arrive in the field, and we have determined the condition of our hay prior to baling, our next newsletter will cover the actual field operation of the DewPoint 6210 and how to set the steam rates on the different top and bottom steam manifolds located on the baler.  Stay tuned!